Minimal Music
In 1983 I was introduced through a record review by Robert Christgau’s in The Village Voice to the music of Philip Glass. It was at this time–the height of my very short but frenzied record-collectin 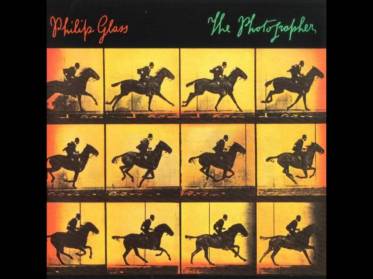 g phase of my life. My first album of by Glass was The Photographer followed quickly by the challenging opera Einstein on the Beach, and later the brilliant soundtrack to the equally brilliant film Koyaanisqatsi. These recordings were the first classical works I ever had though at the time I really didn’t consider them classical.

Glass is a minimalist or a composer of minimal music. I was fascinated with minimal music. When I purged my record collection of all popular records the Glass albums remained and I added other minimalist works by other composers like Terry Riley , Henryk Gorecki, and Steve Reich.

Minimal music was simple and very complex at the same time. It was best described to me once as watching a flower bloom. The process is slow, but beautiful and the beginning of the piece is very different from the end or, in some cases a work will start simple, slowly build in complexity, and then begin to breakdown until it is simple once more. One of the best examples of minimal music is Steve Reich’s “Drumming.” Watching it being performed gives the listener a good idea how the process works. I’m not a big fan of the piece, but I like how the viewer can literally see the music build and break down.

I don’t collect music anymore. All my rock, folk, soul, and everything else that falls under popular music are gone. The only songs and albums that remain are whatever is on my iTunes account and the classical and jazz recordings that I never listen to anymore. Now I listen to podcasts. I used to have nearly 500 LP’s now I have about 100 CD’s that are buried under about an inch of dust. You could say I now have a minimalist record collection of a different sort.

Minimal Living
In 2014 I read the book Everything That Remains by Joshua Fields Millburn and Ryan Nicodemus known as The Minimalists. This particular type of minimalism has to do with stripping one’s life down to the essentials. These two guys also made an interesting film called simply, of course, Minimalism. I am also interested in reading Enough by Adam Hamilton and More of Less by Joshua Becker, but I don’t really know what else can be said about thi 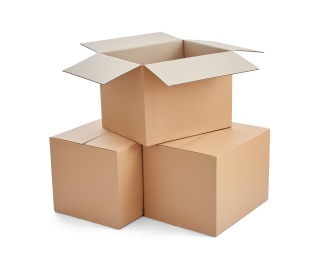 This minimal living thing is not new–the Spartans had this stuff down, so much so that the term “Spartan” or living “Spartanesque” means a simple live. Interesting, considering how these guys were perhaps the biggest bad asses in human history. Just ask Xerxes.

Minimal living is harder to achieve when you are married, but that is also a cop-out for me. I find myself buying shit I really don’t need, but just seems cool. Still, it’s incremental. On January 30th of this year our current train-wreck of a U.S. President signed an executive order requiring that for every one new regulation, two must be revoked. While this executive order will most likely result in disasters, the principle, when applied to daily living, is pretty wise.

I use this idea when it comes to clothing. Generally, I don’t buy clothes unless I absolutely have to, but when I do or I get Christmas and birthday gifts of clothes I pull twice as much stuff from my closet and give it to a clothes closet. Electronic gadgets are a little tougher.

Perhaps the hardest things to shed until recently are books. Now, that my wife is (independently of any prodding by me) on board with book thinning we are beginning to incrementally empty our shelves except for reference book and anything we haven’t read. Like my music, I thought I would never do this. It is liberating!

Observations From the Mat #7: My New Folding Yoga Mat From Hell

Returning to the mat