I was doing a search in WordPress on the PSL (a common initialism for the Party of Socialism & Liberation) and I got posts about Pumpkin Spice Lattes–a frou-frou espresso drink that usually pops up on coffee house chalkboards every autumn. I thought the initialization of a drink name went too far. Mind you, the first blog with a post about pumpkin spice lattes I saw from the PSL results page was a new-mom blog. I haven’t been a new dad for nearly thirty years so it wasn’t my thing. Anyway, the post was about a creamer that made a coffee taste like a pumpkin spice latte, so it was faker than the fakeness of a pumpkin spice latte. (In case you didn’t know it, pumpkin spice lattes don’t contain a drop of real pumpkin in them.)

The results page showed many blog posts on the seasonal espresso drink referred to as PSL. I did a Google search and found even more pages relating to the beverage in that abbreviated form. Later I walked into a coffee house and saw the initialism once again. WTF? We’re now abbreviating crappy espresso drinks? 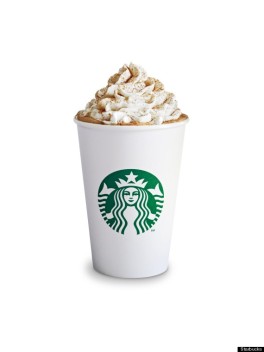 Where do we draw the line on this kind of abbreviation nonsense anyway? Way back before I knew there was a drink referred to by its initials, my son told me about the Party of Socialism & Liberation, he called it PSL (dropping the definite article for the sake of elegance). Then when I asked what the initials stood for he spoke out the whole name. The “Socialism” part piqued my interest.

I stowed my understanding of what PSL meant and started reading the party’s website. Then, for me, it became what PSL stood for and nothing else. I’m addressing you, you stupid latte, and Pakistan Super League, and Person Stop Loss, and the Romanian sniper rifle called Puşcă Semiautomată cu Lunetă. Yep, Wikipedia makes me look worldly.

While looking up the origin of the PSLing of the Pumpkin Spice Latte and found on its Wikipedia article that Starbucks used the hashtag #PSL in a Twitter and Facebook blitz back in 2012 to push the product. The corporation may have used that hashtag in over 12 million tweets in a single day. Who in the hell Likes or Follows a lousy corporation, anyway? A lot of people, it seems. Depressing.

I was taught in college that there is power in initialisms especially the three-letter ones. This power is associated with the Rule of Three in writing. It is far easier to remember three letters subjects–FBI, CIA, BBC, BMW, JVC–than it recalls two- or four-letter themes. Add more letters and it becomes even more challenging to hold the thing in your noodle.

A good example of this power in words and in initialisms is the sandwich Bacon, Lettuce, and Tomato. Invented around 1900, the Bacon, Lettuce, and Tomato sandwich, or the BLT, is one of the greatest inventions in the history of food–and food has been around for a while! The prominence of the sandwich in American culture is so significant that it virtually owns its abbreviation. (Okay, there are a couple of odd exceptions, but unless you are a computer programmer or a perv they never come up in conversations.) The introduction of avocado has thrown a monkey wrench into the zen of this initialism. Whether or not you prefer the drupe in the otherwise beautifully understated BLT, the initialism “BLTA” puts the whole ordering thing off a little. I never order it that way–preferring to pronounce “avocado” after the core initialism. (Unless I feel like being a coastal elite prick and say, “I’ll have the BLT California Style, please” while inquiring if the establishment sells Pellegrino because nothing less will do!

I have looked up at a bistro menu and suggested (to myself) that the vowel gets pushed up in the order so the sandwich can now be a proper acronym: The BALT, but that does not do the sandwich justice–sounding like the bush-league pitcher error in baseball. We can switch the consonants around, but LABT and TALB won’t do and BLAT sounds horrible. Sometimes we just have to live with the awkwardness and I hate that, even with avocado.

To give you an aural example of how the Rule of Three in initialisms work just listen to Alan Rickman above. Now, imagine Rickman as a waiter delivering a certain sandwich…

At my job, I have written most of my unit’s procedures for over twenty years and dogmatically insist that the Rule of Three is employed in initialisms whenever possible in our documentation. For example, years ago, after someone suggested in a rough draft that Field Services (the group that is responsible for IT equipment installs and removals) be referred to as “FS,” I insisted that the abbreviated name include an additional “S” since the group is a Section in our organization. I spared them the Rule of Three spiel and just said the abbreviated name should be “FSS.” Damn, I don’t care if my fellow staff members immediately conjured up images of Brown Shirts goose-stepping down the office halls with PCs and monitors under their arms, FS just will not do!

My previous boss embraced the Rule of Three to an annoying fault. Back when he was in charge of my office it seemed like every unit in the bureau had a three-letter initialism: the first two initials explained what the office did, the last initial mostly was for the office’s type or size (e.g., unit, office, section, branch).

Using these abbreviations came in handy when it came to the written word, but my boss would speak in three-letter initialisms as well. It got to be that our weekly meetings sounded like code to any outsider listening in: “Is the TCO keeping up with FSS’ installs?” “I’m also concerned that NTS may not be reporting to TCO where they are installing the new hubs.” “Two inventory teams today: one for LDC the other for LCB. We’ll start on LOB tomorrow.” “Make sure BAS gets LAMS and FA showing the same search results.” If the language became any more coded the next step might have been for the staff to don headphones and tap out Morse to each other. After multiple reorganizations, many of the office names have become so long-winded, and clumsy it made rendering them down to initialisms essential for the written word, and almost impossible to use in speech. (I wonder if my old boss would throw around initialisms as LOPOD, LACC, WSCRM, WPCM, and CRPMS.)

Sometimes the aural initialization of groups and things turned unintentionally humorous (or at least to me it did). While everyone else referred to the office that provided ID badges, chairs, and ergonomics in our building as Facilities Management, my boss would continue with the abbreviations, so the Facilities Management Unit become “FMU.” So when he said, “What about, FMU?” I heard, “What about Fuck Me Up?” If I were current with urban abbreviations that clash with my internal office initialisms those meetings with my ex-boss could have been very funny, but as it is I didn’t know until now that the unit ETL also stands for “extraterrestrial lesbian,” the section BSS for “bullshit syndrome,” and–my favorite–the division EAD for “eat a dick.”

So, at times, we can abuse the shit out of the Rule of Three, but let’s get back to PSL. I wouldn’t be so touchy about this if it weren’t a damn marketing strategy taken in by, new moms and the other millennials targeted by corporate capitalists. I understand the heavy use of an initialism like the CIA, but maybe that’s because it has been around so long. By the way, two well-known entities use the same initialism and the two entities’ purposes couldn’t be further apart: the Culinary Institue of America and, of course, the Central Intelligence Agency. One gave us Anthony Bourdain and a host of other talented people who are known for their whimsy, creativity, and good taste (pun in place). The other gave us the Bush/Obama black sites, unconstitutional executions, drone strikes, the killing thousands of innocents, and a host of coups and abuses in the Global South. I’ll take the Lobster Frittata hold the waterboarding, thank you.

George Orwell devoted much of his career championing the written word and its meaning.  While his classic and now surprise best-seller Nineteen Eighty-Four is best known as a futuristic dystopia based on trends he saw developing back in the mid-twentieth century, it is also about the power of words and how that power could be used to manipulate the reader:

“In the beginning, the practice had been adopted as it were instinctively, but in Newspeak, it was used with a conscious purpose. It was perceived that in thus abbreviating a name one narrowed and subtly altered its meaning, by cutting out most of the associations that would otherwise cling to it.” (Emphasis, my own.)

This is the danger in the power of initialism. Orwell’s Newspeak employed neither the acronym nor the Rule of Three, but a truncation or condensation of two or more words. William Safire, the late conservative syndicated political and grammar columnist for the New York Times, wrote a weekly column entitled On Language (now written by Ben Zimmer) where he would nitpick what he believed was the deteriorating of the English language. He had his critics who said English was simply evolving. That said, he has a good point here:

“… Both abs and ads are now being called abbreves, an abbreviation of abbreviations. The clipping of words is a harmless habit, used less for speed in spoken communication than for its sense of novelty or insiderness. A generation ago, kids shortened “parents” to rents, “family” to fam, “brother” to bro. A generation or two before that, when invited to legit theater, we said natch, saving two and then three syllables. Fab was so well understood to mean “fabulous” that ad execs used it as the name of a detergent…”

“I have gone figging and now believe that the youth of each generation is shortnin’-bred. We cannot attrib the present syllabic slicing exclusively to text messaging, Twittering or the latest cellphoney-baloney; rather, lopping off word endings is not laziness but a function of generational insularity. No tradition is more time-honored than rebellion against linguistic tradition. Youth must not only be served, but its insecure communications must also have its own coded server.” — “Abbreve That Template,” New York Times, May 21, 2009

Before I conclude, one last super-annoying example of an abbreviation or an abbreve, (just kidding)  is “inno” for innovation. Thomas Frank uses it liberally in his blistering criticism of the Democratic Party: Listen, Liberal: Or, What Ever Happened to the Party of the People. The author introduces the abridged word intentionally, I believe, to mock his subjects: the rich tech execs and the neo-liberal Dems that gush over them while offering only lip service to the working class. My basis for this assertion is listening to the audiobook version read by the author. Kudos to Mr. Frank for keeping up the level of palpable disgust in his subject matter for over eight hours!

Perhaps Safire’s “On Language” column wasn’t as stogy as we all thought. Perhaps our language is slowly devolving, after all. All I wanted was information on socialism and I got a frivolous espresso drink!

3 thoughts on “What will it be, a Latte or Socialism?”

When Your Fake Teams do Better Than Your Real One