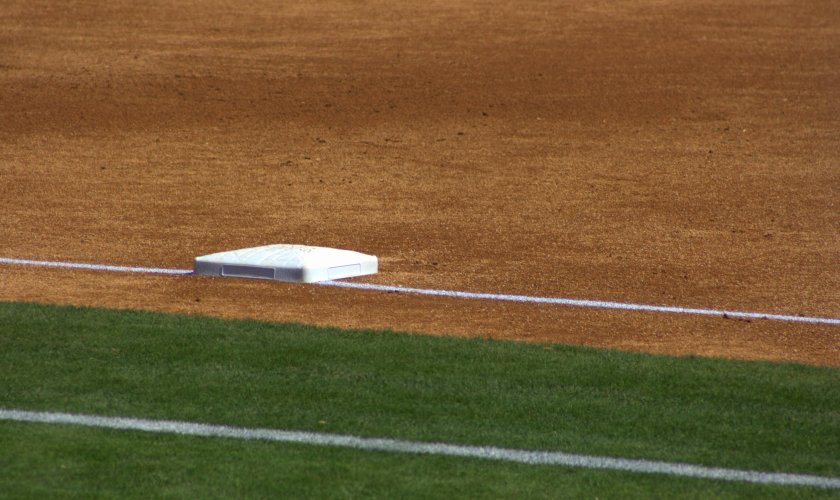 I didn’t remember hitting the three-bagger until Erik, an old college buddy and leader of the slow-pitch softball team the Dead Seagulls, reminded me in our first communiqué since those days. I hadn’t spoken with any of my old American River College or Sac State buddies for years, but lately, I have begun to search out old friends. For some reason, the details of that one summer I played on the Dead Seagulls have become a black hole in my mind. When Erik mentioned the triple, it was the key to many wonderful feelings, and one bad one.

The team got its name when Erik, his brother Paul, and other original members of the newly formed team found a dead seagull on the diamond when the players took the field for the first practice. Every subsequent practice, the dead bird was there, until finally it was removed. The team didn’t have a name before the seagull incidents, and on the day they registered the team, they couldn’t think of a more appropriate name. (See the image below for the only surviving team shirt in presentable condition. The design came from one of Erik’s high school friends, who drew it during a geometry class one day for $5.)

A year or two later, when I became a Dead Seagull, my father’s business sponsored the team. Usually, the sponsor’s names were on the back of the shirts, but as I recall, the shirts were already printed, and my father didn’t have a stencil. My dad didn’t care, anyway; he was just happy that his sedentary son was up moving around and, especially, playing a sport. As noted in earlier posts, I have never been good at sports, and my lack of dedication to any competitive game only made my clumsiness worse.

It seems strange that I remember so little of what was an enjoyable and virtually carefree time in my life. I was in junior college and had developed some very good friendships. Establishing and keeping good, close friends has always been hard for me. This time was also special because I was playing a “sport” for the first time since I wrapped a three iron around a tree at Ansel Hoffman Golf Course and walked off never to play the game again (unless you consider occasionally blowing off steam at the driving range a sport). I quoted the word sport about this softball league because it was more casual than most: For instance, the pitcher was an offensive position. Each batter would select his favorite delivery system, so to speak—whoever knew how to place the ball right where the batter wanted it.

When we were in the field, I was the catcher. Things hadn’t changed much since I had been in little league—what the right fielder was to little league, the catcher was to this particular brand of slow-pitch softball. I would lean against the backstop and pick up any of the balls the batter missed or preferred not to hit. Because of this, there were no strikes, no balls, no stealing bases, and no pitcher–catcher conferences on the mound. Play didn’t start until the batter hit the ball. The only times my position became important were plays at the plate, but that didn’t happen much. I only remember two times that the ball came to me faster than a croquet ball.

I once ran in front of the plate to hold the runner at third. The throw came hard, and I remember hearing Erik yelling my name—not in a “head’s up” kind of way but more like a mother yelling at her son to “get out of the way of that speeding car.” It was widely known that I was the worst player on the team and since this was not a very competitive league, my teammates would rather see me unhurt than depend on my ball handling to save a run or two. The ball came in low and fast, then took a high hop and I caught the ball right in front of my face—the mitt so close to my face that I could smell the shoe polish with which I recently broke it in. I remember Erik yelling my name through a deep breath of relief.

Then there was the time I blocked the plate—like a pro catcher would do. All I remember was concentrating on the ball coming in from the outfield and seeing through my lazy eye what looked like a horse coming toward the plate. Before the ball got to me, the entire diamond turned upside down, and I could see the backstop and the ball flying between my legs. Then I

came down—on my back. While I was getting up, I recalled the infamous play at home plate during the 1970 All-Star Game when Pete Rose bowled over Ray Fosse, permanently injuring the catcher. I wasn’t bowled over, though; the runner slid between my legs, and as his feet pushed my feet off the ground, I kind of did a somersault and fell on my back. Both the runner I was attempting to block and the runner behind him scored. I thought it was somewhat cool, though, not like the Rose-Fosse collision, which made me hate “Charlie Hustle” years before everybody else did for his gambling. Most of my teammates acted as if I did a foolish thing; this was casual competition, nothing worth getting injured.

My bat handling was no more stellar than my ball handling. I don’t remember doing anything but grounding out, although I know I hit safely to first occasionally because I remember being embarrassed about how slowly I ran. I was then, and still am now, a plodding runner. I remember running the pads, actually listening to the footsteps of my teammate behind me getting closer. I am not sure, but I think I recall the base runner behind me yelling to “speed up.” It must have been a drag to follow me at bat. If I reached base, the next hitter would be limited to a single or double because I couldn’t run fast enough.

All of these memories came back when Erik reminded me about “the triple.” He used the definite article as if there were only one ever hit in the history of the game. In this league, extra-base hits were as familiar as pop-ups and ground balls in the majors. What makes this three-bagger so memorable was that I had never hit the ball so far—neither before nor after that day. When I cranked this one, all I remember was that when I made first base, I could see I should take second. When I reached second, everyone was off the bench and advancing me to third; all the while, I continued to hear screaming from the bench. When I landed safely on third base, I looked over at our bench and saw all my teammates up and madly rattling the chain link fence like crazy monkeys, yelling at me as if I had driven in the game-winner in the final game of the World Series.

It was the greatest moment in my life as far as sports go. I never felt so triumphant, never so—at the risk of sounding maudlin—appreciated. Funny how I completely forgot this moment until Erik brought it back when he mentioned it in an email. Unfortunately, I also remember, after scoring and returning to the bench, the smiles on my teammates’ faces. They looked as if they were more amused than supportive. I sat down on the bench, basking in the afterglow, and then Ethan, who joined the Dead Seagulls with me, made a comment that may have defined all the looks: “Man, you run just like Ron Cey!” The all-star third baseman was known as “The Penguin” because of how he ran. The comment crushed me and might be the reason I forgot the longest ball I ever hit. All I could think now was that all my teammates on the bench rattling the cage had been falling out laughing about how funny I had looked running with a 2×4 up my ass. I know in my heart they were excited for me—we never cheered fellow players liked they cheered me, but I couldn’t shake the embarrassment.

I never played a team sport again, unless you count being assistant manager to my kid’s tee-ball team one season back in the early 1990s. Around that same time, a friend at work invited me to join his “sloshball” team. Sloshball, as he explained it, is softball with a keg at second base. Base runners cannot advance past second until they have drunk a red plastic cup of beer. There were certain dispensations to accommodate the slow drinkers: more than one runner can be on second at one time, and they can advance together when the ball is in play and they have finished their drinks. They also can be thrown out or tagged out together, creating some spectacular double-play possibilities, assuming the fielders were sober enough to turn them. Even if you homered, the runner had to drink a mug when he rounded second base. I passed on the offer, but considering my batting history, I don’t think I would have gotten very drunk had I joined.

As for the Dead Seagulls, they live on now as a fantasy baseball league. Erik, Paul, and a couple other original players still play ball, albeit vicariously through MLB players.

These days, I don’t play any sports; I work out at a club. I use a treadmill, but I never run on it! If I were to, I could envision the scene: I would program the treadmill and turn on my iPod. As I started running, I would turn up the music. I would think I heard laughter, but figure it was probably the pounding of the treadmills directly behind me. I would keep turning up my iPod, but the sounds behind me would get louder. Finally, I would hit the off button on the treadmill, kill the iPod, and turn around only to see all of my fellow club members on the treadmills and elliptical machines smiling at me. You know, not the kind of supportive smiles like “good hit, man, good hustle,” but more crazy monkeys falling all over their elliptical machines.

One thought on “The Triple – Redux”

New reflectors for my ride (and other boring stuff)

Two of my favorite lefties meet (remotely) for the first time.