I recently got my scooter towed. I and three or four motorcyclists had been parking our rides in a tow away zone for a couple of days. Sure there were signs, but each day I found my Vespa in the spot where I left it–in between two signs prominently stating: NO PARKING BETWEEN 9-5 PM. The City was laying a new sewer line and where we were parked we were about four feet away from where the jackhammer was scheduled to work. No problem we all thought.

On the third day, I left my work excited to dine and see American Made with some friends of mine. When emerged from an alley ready to jaywalk to my scooter (I like to break petty laws, as you may have gathered) I could see it was gone. I panicked. Sure the City’s sandwich boards were still their warning all drivers and riders they will get towed if they dare, but, as I tried to convey above–motorcyclists and their rides are special, these rules don’t apply to us.

After I calmed down, I considered the remote possibility that the City towed my Vespa. I called a number I got from 3-1-1. It turns out my Vespa had been towed, after all. This was good news. I knew I was going to have to pay up the nose to get my scooter back, but the alternative was much worse.

It was past 5 p.m. when I nailed down exactly where my ride was but, unless I wanted to shell out more money I would have to wait until tomorrow, and even the overnight stay would cost more. Ugh. Below is a modest, poorly-shot storyboard of my adventure reclaiming my Vespa GT 200L.

The next morning after re-verifying where my scooter was, I needed a ride. Lucky for me I work next to a taxi hub. 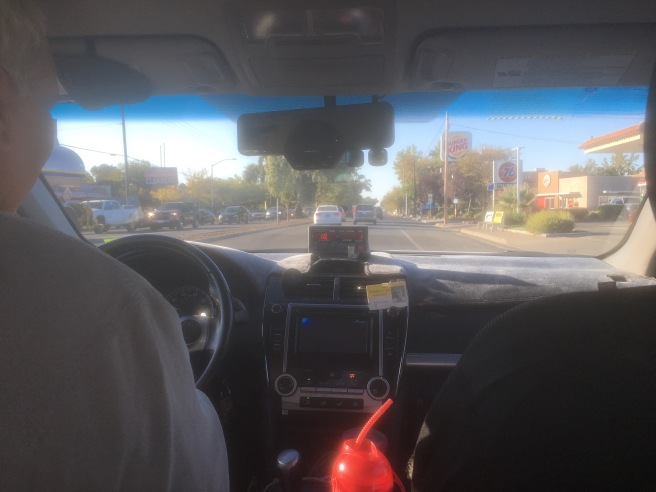 I caught the closest cab to me and found out there is a pecking order. I was instructed to walk to the front of the line. The driver in that car drove me to the Sacramento Police Station. I have only been a paid rider in a taxi once before. I paid the driver in cash to take me to a River Cats game in town. It is nice that taxi drivers have those credit card scanners on their smartphones. It turns out the police station was the one that was walking distance from my house. It would have been far more convenient and a little cheaper if I had just walked to the station from my house. Unfortunately, last night I didn’t know that I needed a Vehicle Release form that is provided by the police at the price of a parking ticket. I had started from scratch that morning at work and spoke to a person who worked at the tow yard.

Just outside the police station. I bet this gets plenty of use! 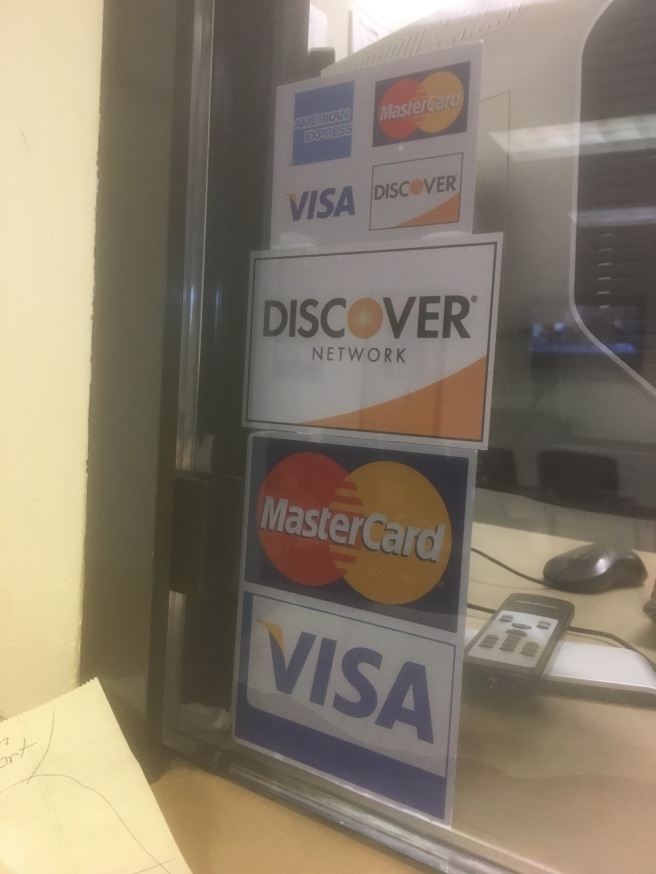 Then again the SPD accepts all major credit cards! Otherwise, I guess I would have had to go to that ATM. The officer at the window was very nice and with a sense of humor–when I told her where my scooter was towed from she smiled and said three other motorcycles were towed from that location at that time. Sorry bros. Too bad we didn’t show up here at the same time. It would have been funny. Meh, probably not.

Check it out, bitches, I’m a Junior Officer! 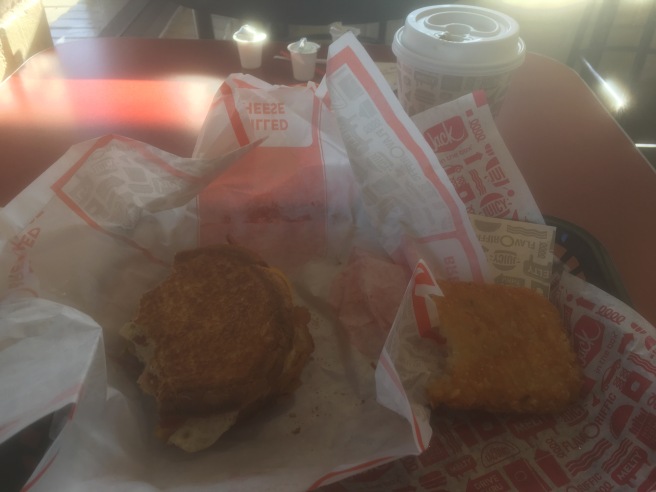 After getting the form and paying the bill I walked over to Jack in the Box for a breakfast sandwich, hash browns, some truly horrid coffee and something else just as horrid.

I did something I swore I would never do: I downloaded and used a ride-sharing app/service. I hate Uber. I hate the name Uber. (The Nazis loved that word. Remember the Nazis?) I like the idea I picked up somewhere to use word Uber as a euphemism for “shit,” “goddamnit,” or some other expletive I would use when I stub my toe or have my scooter towed. The screenshot above is not the Uber app. I was going to use Uber, but the first thing to come up on my phone’s browser was Lyft. So that’s what I setup while I had my artery-clogging breakfast. Notice all the hyperlinked Ubers? No, they don’t link to the shitty company’s corporate site, nor do any of them send you to a download page. They all go to different news, opinion, and even humorous videos that explain what a neo-liberal, ecology-busting, and utterly destructive company Uber is. You think Uber (as well as Lyft and all the other ride-sharing companies) is nifty, convenient, post-modern hip, not to mention money-saving? Think again.

My hatred of Uber–the WalMart on Wheels–gave me an idea of comparing the taxi service with a ride-share service. My ride came quick, quicker than a taxi, I am sure, but that’s not necessarily a good thing for reasons Richard Wolff, the Chicago Tribune, Naomi Klein, Amy Goodman, The Nation Magazine, Bernie Sanders, Noam Chomsky, In These Times, Chris Hedges, DSA, Kshama Sawant, PSL, both of my sons, and other sources (some linked above) can explain far better than I can.

My driver was nice. Maybe nicer than the taxi driver, but who gives a shit–the taxi didn’t get lost. I’m not kidding. The Lyft driver with his smartphone navigation app running couldn’t figure out how to get to the tow yard. 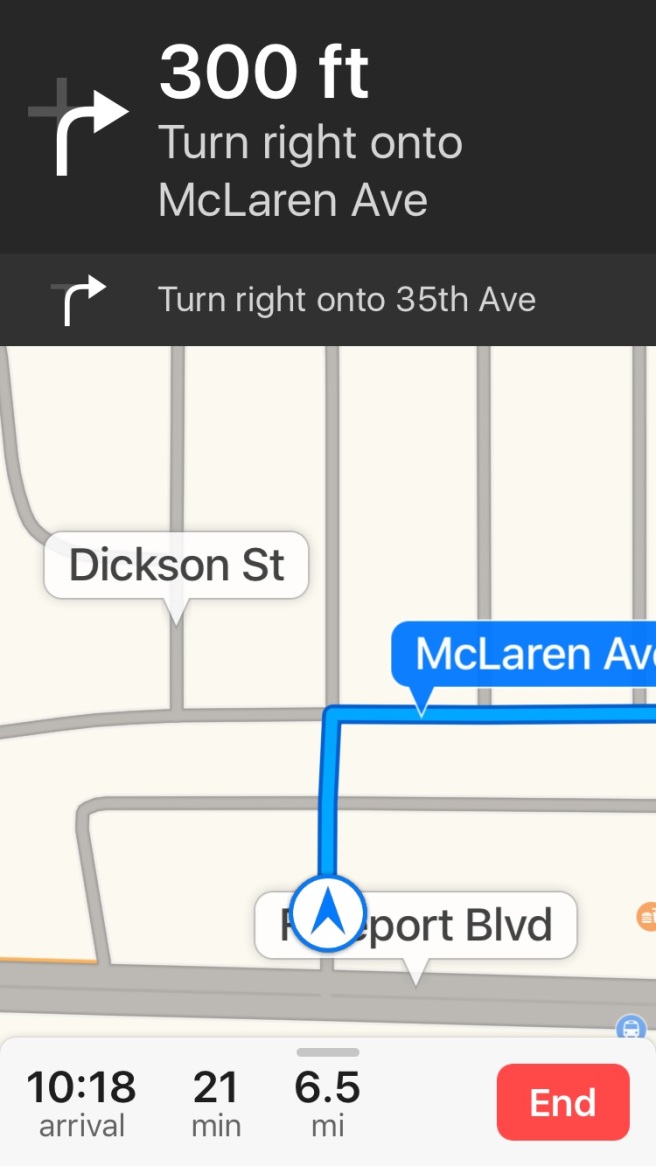 Finally, he asked if he could use my phone. I already had the app up with the sound down so it wouldn’t confuse him. Too late. He was confused from the start. The sad thing was I–the customer–knew we were going the wrong direction before I asked Siri for directions. It was simple math–the avenue numbers were going up when we needed to go down, towards Downtown. Ultimately, he asked to use my phone. I turned up the volume and gave it to him and we were finally going in the correct direction.

At the yard, I paid for the tow and the one-night layover. But first I paid the Lyft driver via the app/PayPal. He looked over my should and asked that I give him the highest rating–Five Stars. He also wanted me to click on all four areas of satisfaction–one of them being navigation. I did as he asked so I could get rid of him.

When I saw my ride I checked to see if my jacket was under the saddle. Yep. Then I examined the contents of the top case: helmet, balaclava, gloves, glove liners, Arsenal FC scarf, sunglasses, and–as you can plainly see–toothpaste. You’re damn right I ride prepared!

I checked my tires, breaks, and controls and I was off… 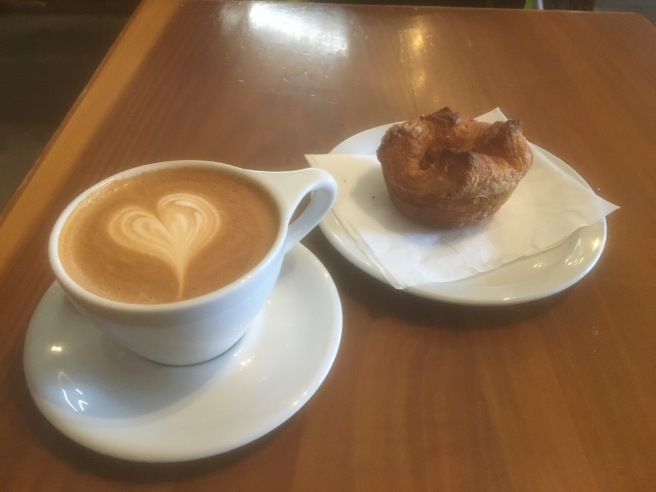 for a cappuccino and a pastry. Then, finally, time to go back to work.

As I pulled into the alley–the same alley where I emerged from to find my scooter gone twenty hours previous–I saw the construction workers tearing up my parking spot.

When I got to my cube, I had the morbid curiosity to know how much money this whole ordeal set me back. It turns out it was over $400. Funny, the thing that got me the most was the $10 parking charge in my office’s covered parking. I used to pay $5, which was all I had in my pocket at the time since I sprang for pizza last night. It didn’t matter though since the attendant told me they only take plastic now. Looking back on it five bucks to me seemed okay considering my scooter doesn’t take a parking spot and there are free motorcycle parking slots all over Downtown (I was just too tired to ride to one). Now it costs a Hamilton. Greedy bastards.

Speaking of greedy bastards. You may wonder how a ride-share service matched up to a taxi. I mean, Lyft was half the price of the taxi. Remember my Lyft driver did not instill confidence and if you don’t know by now exactly why you pay so little for ride-sharing you are not paying attention.

I guess aside from my politics, the moral of this story is “Don’t Park in a Tow-Away Zone.” That’s tough when all my bros on bikes won’t comply. How about “Always Carry Plastic.” I can swing that!

2 thoughts on “Finding My Vespa”

“To live is the rarest thing in the world. Most people exist, that is all”

Watch a chess film. Start playing the game. Suck at it. Give it up. Repeat.